The original Preonic keyboard was praised for its build quality, compact form factor, and intuitive layout—and the new version is no different. However, this time around we’re offering the CNC-aluminum case in your choice of five colors, including the striking new purple colorway. What’s more, this version has a new ARM STM32 processor that provides more power to the PCBA and the USB-C connector. Another upgrade? The new Preonic has Kaihua hotswap sockets (which support grid 2x1u, 1x2u, and 2x2u bottom row layouts) so you can swap out your switches whenever you want without even picking up a soldering iron. Plus, If you’re new to keyboard kits, the compact Preonic is a great way to learn about keyboard programming.

This is another ortholinear build, having tried the Sofle a couple of months back. This one is easier to learn though as it isn’t split, though the limited number of keys still requires a bit of gettings used to.

Used C3 Equalz Kiwi switches lubed with Krytox 205g0. and MT3 Susuwatari keycpaps. The board looks nice, and has a bit of heft to it. Ideal as a travel board for me, once you get used to the layout.

Custom keymap takes a bit of getting used to, as the limited number of keys means most special characters will need to be assigned in another layer. 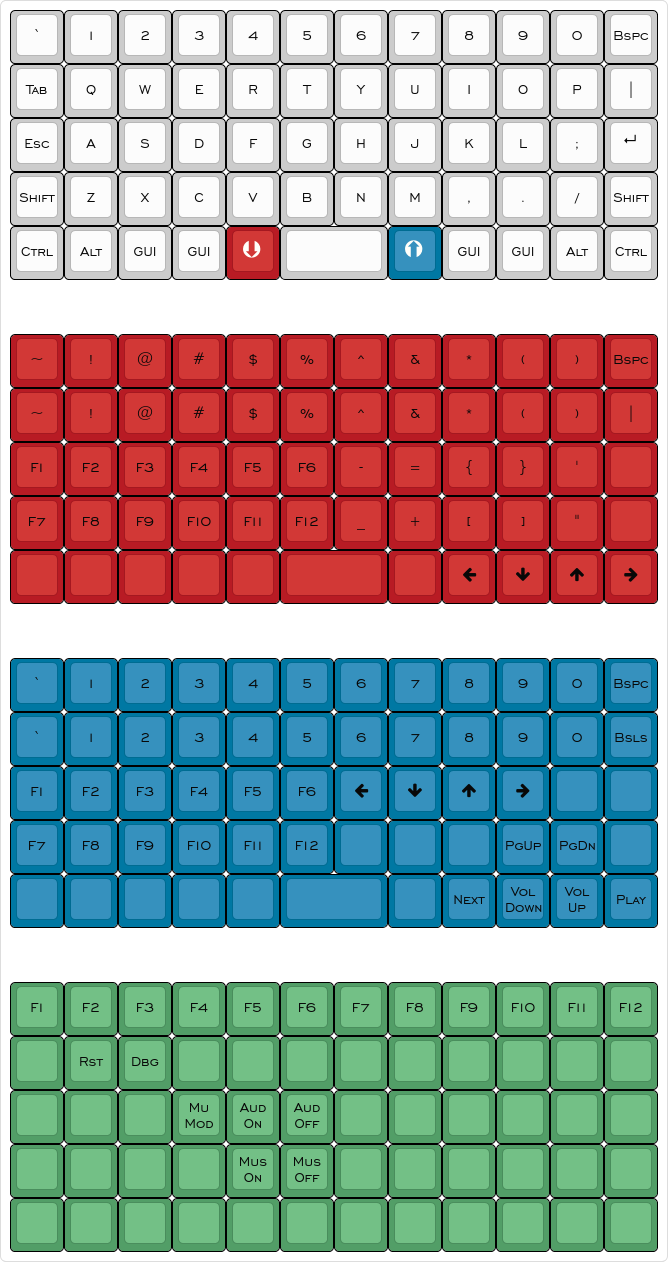